At AWR Racing we use Energy Suspension polyurethane bushings in all of our engine mounts. We now have 4 different durometer options available!

Not sure what durometer to order? Send an email to ali@awrracing.com or use our new live chat feature on store.awrracing.com!

Many of you may not know AWR Racing, Incorporated is a family owned company. AWR has been in business since 1995, but motorsports have been in our blood since 1960. Today, March 15th, 2021 we remember the multi-talented craftsmen, Harry Woodford. Harry, Tony’s father taught him everything he knows about racing, restoration, metal fabrication, and the automotive world.

Harry’s racing journey started in 1958 where he and Bill Hayes designed and built a car to race in what was known as Canada class. It specified various rules and price limits on the donor car.

They chose VW rear suspension and Morris Minor front, both with adjustable torsion bars; Ford 100E engine for it’s proven reliability, VW trans which was turned upside down to lower the engine and added 1-1 top gear. Mr. Woodford and Mr. Hayes gained a lot of experience with this car. They then thought that the Canada class was not competitive enough so decided to go to Formula Junior. Independent rear suspension was the only choice at that time. Fiat 500 trans, build their own arms, drive shafts and hub carriers, Herald front uprights, disc brakes, and even widening custom crafted steel wheels. They then decided to go into sports racing, building to international specs. At that time, it included a passenger seat and spare wheel. This time they went with 105E 1100, installing all the mods they could find. The next year they purchased a Holbay (Ford) 1100 and a Hewland 5 speed that didn’t have enough room for a reverse gear. All these cars used welded steel round tube for chassis and suspension; all were gas welded. Harry and Hayes were one of the first Canadian mid-engine race car builders. This car was never crashed and was sold to a Quebec motorsports fan.

Harry Woodford owned Monza Motors and was a British Layland dealer in Bronte, Ontario, Canada. Harry was very well known in racing and the MG restoration field. Dave Lawley, David Clubine, Phil Lamont, and Robert Mackenzie knew Harry through his restoration business, or were competitors of his at the track.

We remember Harry today, and everyday through the use of his equipment that was used to build the original scavengers. Tony Woodford imported Harry’s machinery from Canada to Southern California. We use these machines every day to keep our parts and restoration business rolling. We have a 1944 English Wheel that was built by Brown and Boggs in Hamilton, Ontario, A pair of Junior Niblers (metal shears), etc. And we use them to this day at our facility here in San Diego, California!

Stay tuned for the next segment of “How did we get here” The story of AWR Racing, Incorporated.

Thanks everyone for your continuous support of our families journey in the motorsports community. 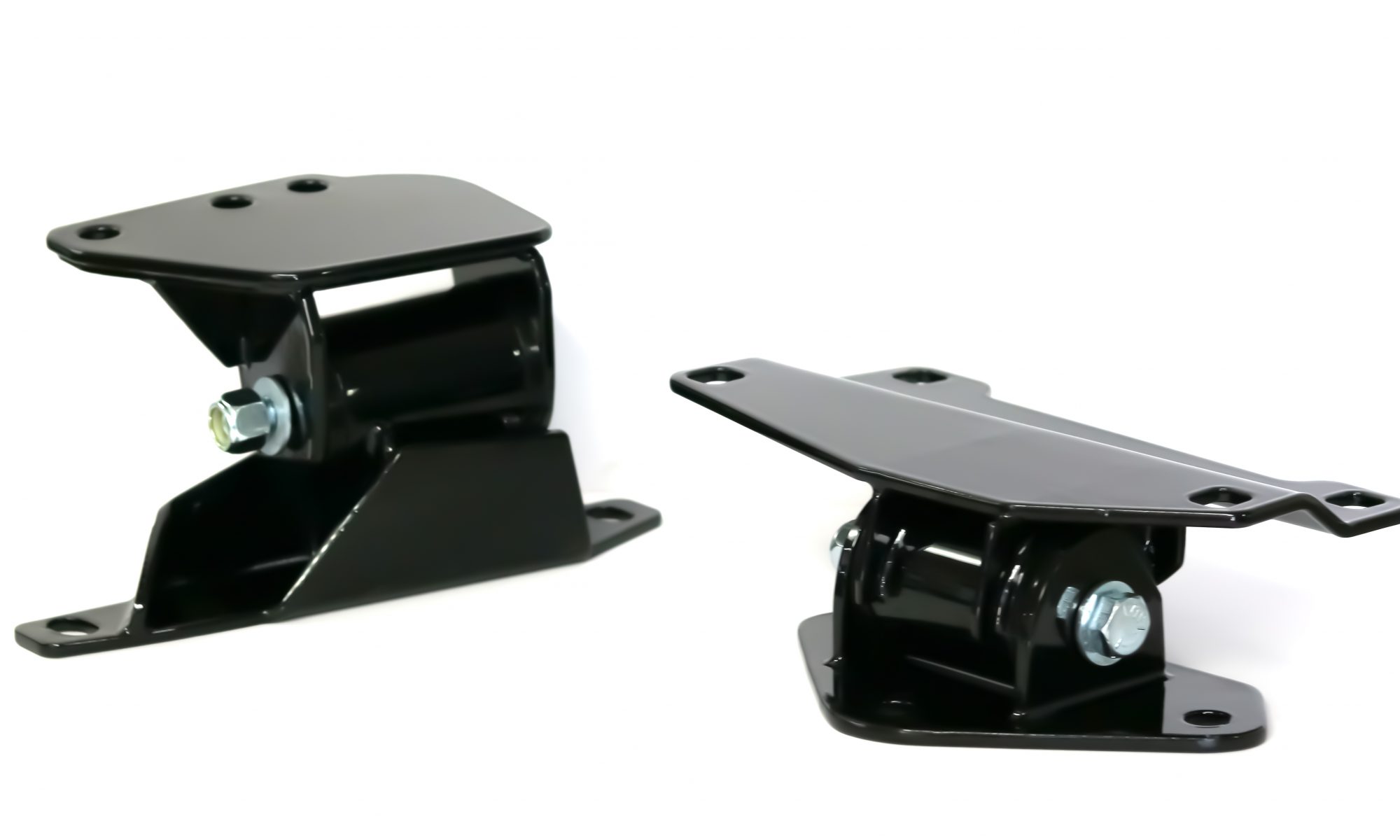 Have you updated your rear motor mount on your Ford Focus ST or RS?

A highly popular modification is definitely a rear motor mount to replace the sloppy OEM one… but if you think about it, all three motor mounts work together as a TEAM!

A chain is only as strong as it’s weakest link, that being said shifting and wheel hop is reduced but not yet eliminated with just a rear mount. You have to build a solid foundation and even at lightly modified power levels the OEM mounts tend to wear out and fail fast. From what we have seen it’s not a matter of if with the Focus mounts, it’s a matter of when.

The three mounts together guarantee reliability and durability that the OEM pieces couldn’t dream of. If you are impressed with a rear motor mount, the other two will undoubtedly have you wishing you swapped them sooner!

Worried about NVH for daily driving? NO PROBLEM! All of AWR Racing’s polyurethane bushings are by Energy Suspension- what makes them so special? They can be swapped out at any time! Want a specific durometer? Just swap the bushings in your mount!

Made in the USA, tig welded, laser cut and CNC folded, provided with Energy Suspension polyurethane bushings, powder coated for that durable finish! All steel units are provided with a limited lifetime warranty!

AWR Racing is wishing everyone a wonderful holiday season. Thank you for continuing to support us throughout our 25 years in business. We couldn’t do it without the amazing support from all of you. You make the difference.

We are very excited for what’s to come in 2021. Stay tuned to our social media @awrracing for updates!

Have you had your AWR Racing mounts for awhile? You don’t need to purchase new mounts!

Send in your aged mounts to AWR Racing, 1280 Liberty Way, Suite A Vista, CA 92081 and we will refurbish them in these steps:

1. Once AWR has received the mount(s) we will inspect and disassemble them.

2. Mount(s) will be sandblasted.

3. We will re-inspect the mounts and look for any defects in the metal. If an issue is spotted the customer will be contacted.

4. Product will be powder coated for that durable finish.

5. Mount(s) will be assembled with new bushings.

6. Tracking will be sent to customer and mount(s) will return to customer.

Do you want a CUSTOM POWDER COAT COLOR? If interested, send ali@awrracing.com an email!

What makes AWR mounts so cool? Bushings are replaceable! Want a different durometer? No problem! Replacement bushings can be ordered at store.awrracing.com

This mount improves drive-line response by inhibiting drive-line lash, putting all the motion to the task of moving the car along.

Completely new fabricated and reinforced mount made of 7 gauge cold rolled steel. Laser cut and CNC folded. Mount is powder coated in the classic AWR silver and is made in the USA!

Available separately or in a complete mount kit.

Do you own a Mazda Speed 6? AWR Racing’s Transmission Mount is a huge upgrade from OEM.

AWR Racing’s MazdaSpeed6 complete transmission mount is provided with the option of 70, 88, or 95 durometer solid urethane bushings. This improves drive line response by inhibiting driveline lash, putting all that motion to the task of moving the car along.

We recommend going no lower than 88 durometer for this specific product.

$140 for a completely new fabricated and reinforced mount, fresh and durable powder coat, made in the USA, backed up with a limited lifetime warranty. Don’t miss out!

Do you own a Ford Focus ST or Fiesta ST?

AWR Racing rear motor mounts are made in the USA, provided with Energy Suspension urethane bushings, and powder coated for that durable finish!

What are you waiting for? store.AWRRACING.com

1986- Who would have thought a Go Kart Competition would lead to the future direction of a racing company? Owner of AWR RACING, Anthony Woodford met Lance Stewart and brothers Jim and Joe Jordan while racing at Malibu Grand Prix Go Kart Track. It wasn’t long before a new friendship was created! Jim Jordan introduced Anthony, (Tony) to John and Sandy Overton, team owners of Overton Autosport. Tony was hired to help run their Mazda IMSA GTU RX-7’s that were driven by John Overton, Lance Stewart, Jeff Alkazian and Ron Cortez. While working for Overton Autosport many new friendships were created in the Mazda community which inspired us to start our own racing company.

1995- AWR Racing officially opened. We started to produce race products directly for Mazda Competition and worked together with Tim Buck, Steve Sanders and many others. This led to other relationships in the racing community and we started to build and campaign various Rotary powered Formula Atlantic Cars which made a huge impact in the development of our company.

1998- Tony was awarded the Sports Car Club of America Mechanic of the year for his role in the Formula Atlantic Program.

1999- Our company teamed up with Proto3motive to campaign the Mazda Protégé in the SCCA World Challenge Touring Car Series with Charles Espenlaub as our premier driver. We built the first Mazda Protégé touring car during this time. Along with campaigning this car we were developing our Motor Mount line for the Mazda and Ford Compact Vehicles.

2000- The Spec Miata Class was created in 1999 with the first race in 2000. We are so proud to have been a part of the largest grassroots racing series.

2002- We were given a Protégé 5 from Mazda Competition to create a Pace Car for Mazda Raceway Laguna Seca. This led to building a handful of other various Pace Cars for Mazda!

2005- AWR met with Mazda to discuss retrofitting a new MX-5 with a roll cage and Race Trim. This MX-5 was introduced to the world and promoted the new MX-5 Cup Series. We were designated to participate as an active vendor and supplier in the series for several years. Racing Cages, Inc. was our sister company and Tony along with his wife Sheree started this company. We specifically built roll cages for Spec Miatas, MX-5 Cup Series and a large amount of cages for Skip Barber Racing School.

We continue to focus on Mazda as our primary product line. To this day we continue innovating high performance products and we are proud to say all our products are manufactured in the USA and handcrafted in house with our family!

Mazda has been an enormous influence to AWR Racing and has kept our family safe and on the go throughout many years. We are so thankful to all who helped us get to this point!
We owe special thanks to all the brilliant people we’ve met, our loyal vendors and amazing customers who have all helped make so many wonderful memories over the years and have impacted our AWR Family so much. Thank you for continuing to support our family at AWR Racing, it absolutely means the world to us!

We are so excited to announce this is our 25th year in business and we are honored to be celebrating it alongside Mazda for the celebration of 100 years!
Congratulations to Mazda and everyone impacted by a truly awesome grassroots company that is seriously tied to the Motorsports community!

For all high performance products, please visit our website:
https://store.awrracing.com/ 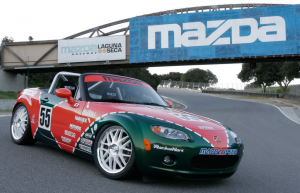 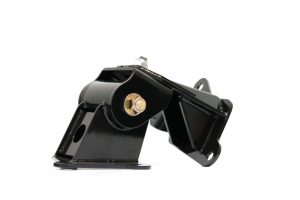 AWR Racing is happy to introduce our new 2016-2019 MX-5 ND and ND2 mount kit. This is a complete kit with optional bushing durometer or hardness available.

More information for the complete kit can be found here: https://store.awrracing.com/2016-2019-mx5-motor-mount-set/

Upper brackets and lower mounts are also sold separately which will adapt to the OEM upper or lower aluminum brackets.

Upper brackets can be purchased nickle plated or powder coated in Orange, Silver, and Black!

AWR believes so strongly in our engine mounts we are now backing them with a Limited Lifetime Warranty.

All of our products are made in the USA!

Thank you for continuing to support AWR Racing, it means the world to us! 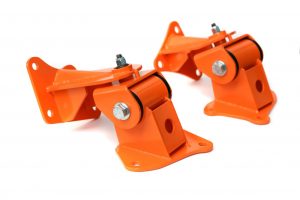