Check out our new Store. We have finally integrated the store so that it’s more a part of our regular site that a separate entity. The menu bars will change within the store to give you tools you need the most.  Please forgive any interface weirdness you might experience over the next few weeks as we tweak the design to make it much more user friendly and functional.

As many longer time visitors to awrracing.com will see, we have been making some extensive upgrades to our website.

Our site had grown to over 2000 pages and was very difficult to find what you were looking for. We are almost done with the look, while further refinement of the menus will continue. We’re hoping to make it easier and quicker for you to find the product or story you’re looking for.

Please take our poll on our new site design, or let us know in the comments below what you think.

AWR Racing would like to congratulate Team MER on their fine effort at the 25 Hours of Thunderhill.

END_OF_DOCUMENT_TOKEN_TO_BE_REPLACED

AWR is making some big changes to it’s website. You may notice some oddities with some of the pages while we work to add new features first, then update our look.

The first new thing is this fancy news blog. You can subscribe to our RSS feed to find out the latest racing news and AWR New Parts News. You can always see the latest info by clicking the NEWS BLOG link at the top or right of the page your on.

Please bear with us while we make our updates. On the to do list is a full new look and a new store.

Franck’s wild ride began on the start, as he immediately shot past Huffmaster for fourth and found himself at the tail end of a four-car battle for the lead. Ahead of Franck, polesitter Foss was doing his best to hold off Brad Rampelberg and Buras. The constant side-by-side action in front of him allowed Franck to pick his spots, motoring past Buras on lap five and stealing second from Rampelberg a lap later. END_OF_DOCUMENT_TOKEN_TO_BE_REPLACED

Starting second, Rampelberg immediately charged for the lead at the drop of the green flag, but was held off by polesitter Caddell. The move lost Rampelberg enough momentum in the No. 14 Hooverspeed/Mazda/Patron Tequila MX-5 to give Christian Franck, of Simi Valley, Calif., an opportunity to take over second place.
END_OF_DOCUMENT_TOKEN_TO_BE_REPLACED 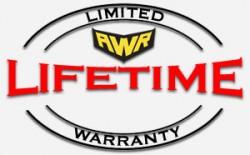